Chairman of the Board Emeritus 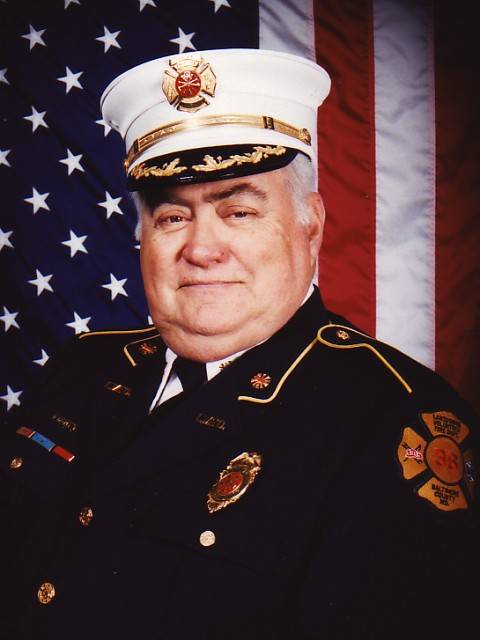 J. Donald Mooney the Chairman of the Board Emeritus
of the Maryland Fire-Rescue Services Memorial Foundation, Inc.

Whereas, in June, 2006 the Maryland Fire-Rescue Services Memorial Foundation, Inc. dedicated, its Memorial in Annapolis to the more than 330 Members, career and volunteer, of Maryland’s fire and rescue services who have, over nearly 175 years of traceable history, given their lives in the line of their duty protecting the lives and property of Maryland’s citizens; and

Whereas, the culmination of that project was the realization of the dream of Chief James Donald Mooney, of Blessed Memory, who conceived the idea, developed it from its embryonic state, nurtured it through its infancy, guided it through its formative years, and presided over its progress to fruition as the beautiful and honorable and moving remembrance of the supreme sacrifice of our brothers and sisters of Maryland’s fire service; and

Whereas, Chief Mooney was the first and only Chairman of the Board of the Foundation, and, as such, invited and persuaded and urged and encouraged and inspired the participation of the leaders of various components of the fire service family who worked together, under his leadership and with his direct involvement in every aspect of its work, to achieve and exceed the established goals; and

Whereas, Don, working with the other Officers and the Member Representatives of the Foundation, was its guiding light from its inception until he departed this life on July 10, 2008, and all can say, Don, a job well done!; Now, therefore,

BE IT RESOLVED, that the Maryland Fire-Rescue Services Memorial Foundation, Inc., hereby declares by consensus, which is unanimous in the hearts and souls of all, that J. Donald Mooney is, for now and eternity, its CHAIRMAN OF THE BOARD EMERITUS.

Formally adopted by the unanimous vote of the Foundation assembled on August 6, 2008.

"From its inception in 1997, Don was the Chairman of the Board of Directors of the Maryland Fire-Rescue Services Memorial Foundation, Inc. and devoted a major part of his life to inspiring and leading the group of dedicated Board members and others to the ultimate goal of the construction and dedication of a suitable memorial to the approximately 350 career and volunteer firefighters of Maryland who have made the ultimate sacrifice for their fellow citizens. This project was fully realized just over two years ago and it was I’m quite certain, one of the proudest moments of Don’s life."
from A Tribute to the Late J. Donald Mooney - July 2008
by Lee N Sachs